When you hear a grinding noise, your brake pads may be worn out..

When you hear a grinding noise, your brake pads may be worn out..

We had a Honda FR-V in the workshop this week as the customer reported a grinding noise. When I came to inspect the vehicle it was easy to see the problem. One of the rear wheels was covered in rusty iron particles and the brake pad had no friction material left. It was simply metal on metal.

Interestingly on this car there are no wear wires, which would ordinarily illuminate a dashboard light long before metal on metal contact occurs. The solution on the Honda is what is known as a “Screech Clip” which is supposed to come into contact with the inside of the disc before the pad wears out completely. The Screeching noise is supposed to alert the driver that something is not right. Unfortunately in this case the pad with the screech clip still had friction material left on it. This was due to the caliper and brake sliders being seized in such a way that the outer pad was wearing much more quickly.

We fitted some new Discs and Pads and a new Caliper and now all is well !

One thing that will likely need replacement for the next MOT, is the brake backing plate which is corroded. Unfortunately being based near the Sea does take its toll on a cars underbody components. 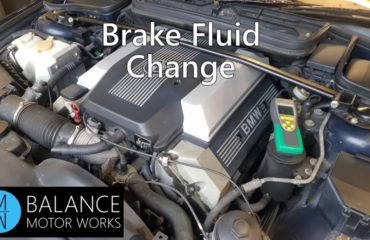 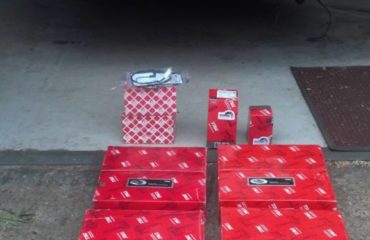 TRW Brake Discs and Pad replacement on a 335D E90