We’ve recently completed a suspension refresh on this rather lovely 1999 3.4 996 Carrera 2. We know these can be tricky as numerous bolts are prone to seizing. What we didn’t expect was how seriously corroded some of the suspension parts were. They were original, and 22 year old nuts and bolts don’t like to come undone. So what should have been a relatively straightforward install, turned into a major fight, and then a minor rust restoration as well!

The rear of the car really didn’t want to play ball, every eccentric adjuster was seized in. In order to remove we had to grind off the head of a number of bolts, and then drift the bolt through to remove.

Unfortunately we noticed some corrosion on the front strut tower, the owner wanted us to attend to this which slowed the job down even more. Still when we removed the arch liner and cleaned back it was apparent our actions have probably saved the old girl from expensive repair work further down the line.

The Buzzweld Rust Encapsulator as used on our other chassis restoration projects, actually converts rust underneath. By stabilising corrosion from Fe203 (rust), to magnetite we remove the reactivity of not only the corrosion itself, but we reduce it BELOW that of bare steel. In addition Rust Encapsulator is infused with Glass Flake. Upon application the flake will spread throughout the coating, prior to setting. What you are left with is a coating with evenly spaced toughened glass particles. These increase abrasive resistance and hardness, but they also create a convoluted path through the coating that moisture, and contaminents will have to travel to re activate the corrosion, add to that the corrosion will have been stabilised by the above, and you now have three layers of protection from a single coating.

Then we switched to the other side of the front and it was even worse! I guess this makes sense as this side will seem more water, and particularly more salted water in the winter. 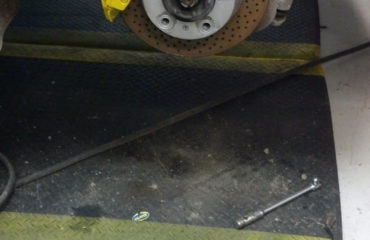 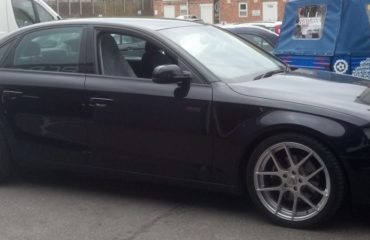 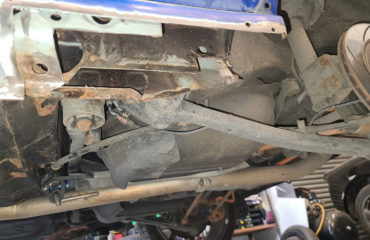